my system has been upgraded from previous releases and already had beryl and compiz running before upgrading to feisty and has tons of dead entries and packages. the solution was actually quite simple, but here’s all the steps i did.

restart X and you should see the nvidia module, easiest check is running System -> Administration -> Restricted Drivers Manager. it should look like this (you only need the nvidia driver in there): 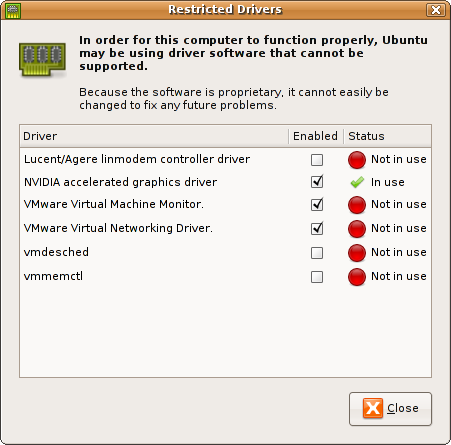 well i didn’t have it loaded at first and noticed that it was still missing the /lib/modules/2.6.20-15-386/volatile/nvidia.ko file, so in that directory i noticed the nvidia_new.ko so i just made a symbolic link:
ln -s nvidia_new.ko nvidia.ko

after that it still wasn’t working! well here’s the final and real step that made it work and you might only have to do this!

check the gconf-editor and make sure that no dead plugins are loaded, mine looks like this now: 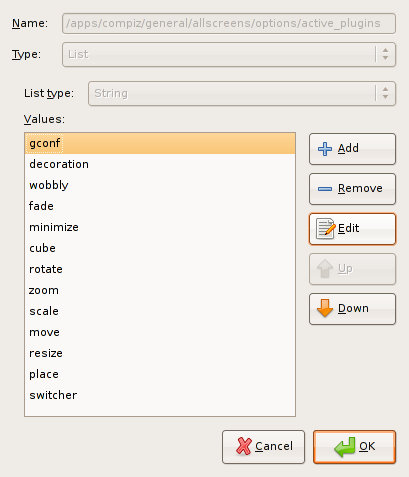 mine still had “animations” and “3d” in there, and after removing animations it worked!

a nice way to waste some time ;)

if your cube doesn’t rotate, then also make sure that the key /apps/compiz/general/screen0/options/hsize is set to 4 or more. for others plugin go check the compiz site.

today i noticed that google changed it’s personalized startpage to the name iGoogle (it’s probably been like this for a while, i just didn’t notice). it’s themeable now, here’s a screen shot:

the background image changes every two hours ;) for example, the teahouse theme at 10am and then at noon

go check it out! there’s a bunch of new content that can be added and you can now even create new tabs.