well… after an update quite a while ago my lirc and lcdproc stopped working. starting lirc on the default ubuntu install would always result in:

so trying to add the modules manually would tell me a bit more:

i noticed a line in the options that was wrong and removed it:

lirc was back up and running but not my LCD screen. the logs showed:

some further googling and i found out that the options line has changed from release to release. to get it back working use:

to get the write type just look into lirc_imon.c 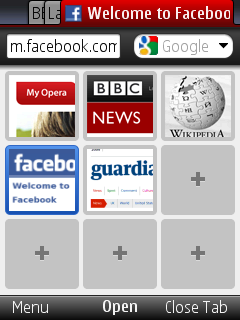 just noticed today that opera mini 5 is out of beta status. i have been using this awesome browser for quite some time and there’s just no better browser out there.

opera mini requests every page through opera’s servers which process and compress each site visited, that way your data usage is kept at a minimum while sites load faster.

so get it while it’s hot and just point your phone browser to:
m.opera.com and if you want more infos check opera mobile

USEFUL TIP: to edit speed dial links just select an existing one and hold down “open” for a popup to appear with the options “clear” or “edit”

well the apple trailer site is actually a pretty nice resource for watching new trailers… up until a few weeks ago!

apple has been so nice to start blocking trailer play for users that do not have quicktime installed, so everybody on linux has been locked out of watching trailers directly on the site.

the good thing though is that there’s always a solution (and in this case it’s pretty simple) to this kind of nonsense!

on most apple trailer pages you see the size button for the trailers on the right side… if you copy the url for let’s say the medium video you should get something like this:

so to watch this video just open a shell and use mplayer.

so if we put this all together… the command would be

and there we go, watching the trailers again…

[EDIT]
changed my code to include linux as the os ;)

to create a dvd out of different videos i often use transcode, for example:

after an update (don’t recall what and when) i recently started getting this error:

i found that libav received a stripped version in the official repository. so i checked the multiverse repos and they have the unstripped version there. so uninstall these packages:

and replace them with these:

and your transcoding can continue!

for everybody that’s wanted to try the google browser on your ubuntu machines there are repositories to get the pre-alpha version up and running in a few seconds.

check out https://launchpad.net/~chromium-daily/+archive/ppa and add the repositories.

[UPDATE 31.03.2009]
well just got an update today and it works now… like the speed but the tab system doesn’t really work correctly yet…

if you keep getting the annoying “Launching HTTP Cache Cleaner” in the panel on ubuntu 8.10 Intrepid Ibex while running amaroK or other KDE apps you’ll need the new kde4 systemsettings manager to hide this.

to get this to work just type:
sudo apt-get install kdebase-workspace-bin systemsettings

and then run
systemsettings

then this windows should popup 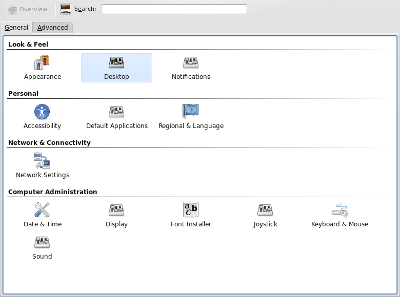 then click on desktop and you’ll see the notifications 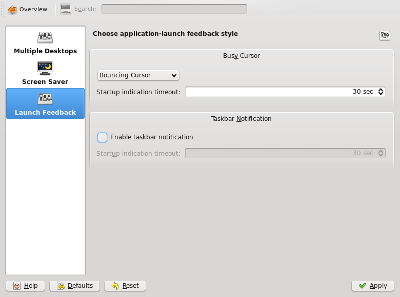 [edit]
for those who don’t want to install this stuff you can also just edit the file:
~/.kde/share/config/klaunchrc

[edit #2]
somehow this doesn’t quite work as good as i thought. you might want to check the ubuntu bug for updates.

been playing around with the new opera that’s got an integrated web developer tool called dragon fly, pretty nice move towards a firebug type plugin for opera. 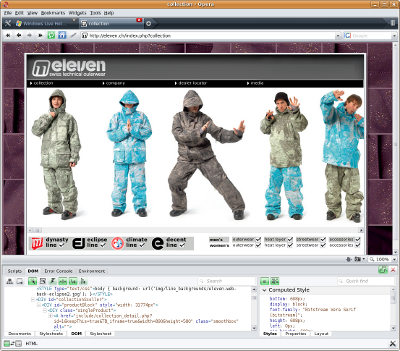 let’s see what the future holds…

here’s the knowledge i gained from this little experiment.

first i thought that image magick could do the trick, i noticed that to create a mpeg2 video i needed a little encode program that i found here.
compiled this and moved it to /usr/bin

then i executed convert in my image directory

so i tried the ffmpeg approach

which i didn’t get working at all since the regex type image path just didn’t seem to find any images… so i gave up quite quickly.

using this as help i tried “-ovc copy”, which was great and gave me a 1 to 1 copy of the jpegs

great!! … i’m back at the mjpg which i can’t use in open movie editor!

so let’s encode it into some other video codec… i installed x264 and tried:

and i just didn’t get it to work without having to compile things… so i gave up once more ;)

some more research and after testing a few different bitrates, this is what gave me good results:

the important things here is setting the frames per second to 15 and the codec to mpeg4 with a bitrate of 2160000. everything else was gathered on different sites and really almost make no difference (in what you see at least)

so then i quickly edited movie… and saved it, it was way too big so encoded it again but this time with 2 passes and a smaller bitrate:

to generate the divx2pass.log then in the second pass i also added the mp3 music:

and there you have the final movie!

[edit]
well youtube blocked my video saying that a copyright owner has claimed it owns some or all of the audio content in my video. oh well the music industry is just something you shouldn’t support! just don’t understand why you can’t have a little video online that even mentions the music at the end and might even bring a song to a wider audience!

i encourage everybody to use riaaradar before purchasing their next album!

well thanks to awf and his comment i checked out mythtv (the release-0-21-fixes branch) and applied this patch, compiled and it kinda works.

that was the short version, here’s the longer one:

download this patch right here and apply it from the mythtv folder using
patch -p0 < mythtv_multiproto.5.patch

awf was nice enough to send me the dtv_multiplex table (which contains all the transport information for hotbird 13Â°E and astra 19.2Â°E) and so i went on to channel scanning... have all the hotbird channels... but can't scan astra eventhough i think i've got the disecq settings correct! if i look into the database it has my card and the inputs doubled, i can delete everything and it recreates them like that. soooo, a little help on the diseqc settings would be greatly appreciated ;)

of course if anybody want's the dtv_multiplex for hotbird and astra i'll gladly send it to you since it did help me out a lot! (of course if awf is cool with that)

thanks a bunch for the comments left here they helped out alot!

it scans ASTRA HD+ and ANIXE HD but it can't get a lock on both channels through mythtv. so the multiproto myth patch is still missing something or does anybody else have a good idea?

since i’m switching from my analog WinTV-PVR-500 to a DVB-S setup in my mythtv box I installed a TechniSat Skystar HD2 card (a rebranded Azurewave AD SP400 CI VP-1041) and to my surprise I got it running fairly quickly.

here’s a description on the first steps i took in creating a mythtv box with DVB-S and hopefully DVB-S2.

then obtain the latest mantis multiproto drivers. there is no patching necessary for the card to run.
hg clone http://jusst.de/hg/mantisthen compile and install.
make
make install

more info can be obtained here under “Method 2”.

the modules can be loaded manually but to test the correct loading a reboot is easier. now the card should be loaded at boot.

to create a channels.conf you’ll need scan from the dvb-apps located on linuxtv.org.
the way to get this working quite easy is described here. the TerraTec Cinergy S2 PCI HD CI is another clone of the same card.

make sure that the changed line in the Makefile has the correct path. in the example it is
CPPFLAGS += -I/usr/src/mantis/linux/includebut since i compiled in my home directory my path was different (this is quite obvious but i thought i’d state it to be sure).

EDIT:i noticed that scan with the patch don’t work anymore… it should work just using the compiled scan in the dvb-apps/utils directory!

afterwards i had 1187 services only on Astra 19.2E. half of them scrambled but hey, the numbers count ;)

now to test the whole thing enter the dvb-apps/test directory and try zapping to a channel (check in the ~/.szap/channels.conf to see which number is good to go and not scrambled).
./szap2 -r -n 085
the output will show you some channel data and as soon as “FE_HAS_LOCK” is displayed (keep szap running) open mplayer in a different terminal
mplayer /dev/dvb/adapter0/dvr0
and you should see a picture! alright, the card is up and running!

i think i’m missing some codecs or something (w32codecs,DeCSS, x264, etc. is installed).
any help is appreciated though ;)

UPDATE: i noticed that when i zap to a HD station and wait long enough i get this error right after the “TS file format detected”:
Too many audio packets in the buffer: (4096 in 7340032 bytes).
Maybe you are playing a non-interleaved stream/file or the codec failed?
For AVI files, try to force non-interleaved mode with the -ni option.
MPEG: FATAL: EOF while searching for sequence header.
Video: Cannot read properties.